I will never forget the first time I met Fred Lange. I spoke about municipal consolidation as a guest speaker at the Unitarian Church in Plainfield. After my presentation, a man wheeling his wife in a wheel chair came up to me and blew me away.

He said, "I am 81 years old and before I die, I want to see a municipal consolidation study done  with my town Scotch Plains and Fanwood. We share a school district and Scotch Plains practically surrounds the entire town of Fanwood."

All the time people come up to me to say the things they will do and promise to make something happen. It is easy for someone to say they will get back to you.  Fred Lange did.

Wisely, Fred canvassed both towns door to door asking residents of Scotch Plains and Fanwood if they would support looking into municipal consolidation to save taxpayer money. With over 92% approval of the idea from residents, Fred reached out to Courage To Connect NJ.

Fred had the perseverance to use the 2007 law which allows taxpayers to form a consolidation study commission. He gathered petitioners, got the required signatures from each town, sent an application to the state, held three meetings for local input, and testified before the Local Finance Board.

All before he died.

Fred had the courage to withstand the headwinds of the status quo. The Fanwood Mayor used her power every step of the way to stop, undermine and lash out at Fred. At the meeting to get state approval, the Mayor and her attorney in tow, testified that Fred mislead everyone who signed the petitions and did not know how to use the law.

Fred held steady. He told the truth and used the law as it was intended.

The law comes with financial support to pay for the study once a commission is formed. Sadly, the current Governor was not interested in supporting this effort and the law. With no money from the state, the Consolidation Commission disbanded after one year.

Fred tried harder than most elected officials in NJ to look for ways to reduce our property taxes.

Fred passed away recently, a NJ Hero who did what he said before he died.

I am honored to have met and worked with Fred Lange for over four years. 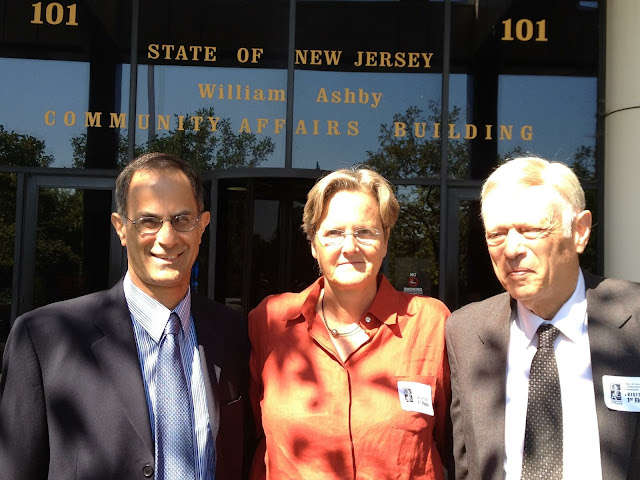 Posted by Unknown at 2:40 PM No comments: